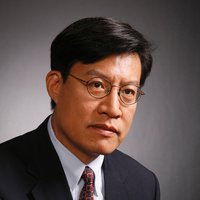 Formerly, Dr. Zhang served as vice president of Aetna, a leading global diversified health care solutions company. Prior to joining Aetna in 2013, he was CEO of Simcere MSD Pharmaceutical Co.

Ltd, a joint venture established in 2012 between Simcere, a leading China-based pharmaceutical manufacturer, and Merck & Co., is one of the world’s largest multinational drug companies. Previously, he was Simcere’s president, where he was instrumental in driving strategic partnerships with several large multinational pharmaceutical companies to serve China’s rapidly expanding health care needs.

Prior to Simcere, Dr. Zhang was a practice leader for McKinsey & Co.’s health care consultancy efforts in China, where he advised local health care companies and worked closely with government stakeholders. Earlier, he was the China president for Merck and held a similar role for IMS Health, a leading health care information, services, and technology company.

A native of China, Dr. Zhang was educated in the United States. He holds a doctorate in engineering from the University of Pennsylvania, an MBA from the Wharton School, and an undergraduate degree from Harvard University.

Appointed to the board: December 2014