Toward a world without meningitis

PATH is on the front lines of an effort to defeat meningitis by 2030.

A young man gets vaccinated with MenAfriVac at the vaccine's 2010 launch in Burkina Faso. MenAfriVac has virtually eliminated group A meningitis wherever it has been used. Photo: PATH/Gabe Bienczycki.

It arrives suddenly. It brings severe fever and vomiting, stiff neck and pounding headache; it can kill within hours. It doesn’t necessarily spare survivors, leaving many with lifelong disabilities such as deafness and neurological impairments.

It is meningitis, and it is a global threat—though, like many diseases, children and those in low-resource countries suffer the greatest burden.

A serious infection of the thin lining surrounding the brain and spinal cord, meningitis has many causes, usually viruses or bacteria. Viral cases typically resolve on their own without treatment; bacterial cases, however, are extremely serious and often fatal without treatment. Infants, children, and young adults are most likely to suffer from bacterial meningitis. An estimated 2.5 million cases of meningitis occur globally each year, with approximately 250,000 deaths.

Vaccines exist against some of the major causes of bacterial meningitis. In 2010 one of them changed the course of meningitis in Africa. The introduction of MenAfriVac®, a conjugate vaccine against meningococcal meningitis group A—then the most prevalent form of the disease in Africa—was an historic achievement and its impact still reverberates: the vaccine has so far been introduced in 24 of 26 countries in the African meningitis belt, virtually eliminating meningitis A wherever it has been used. Since 2010, MenAfriVac has prevented hundreds of thousands of cases of meningitis A and saved tens of thousands of lives.

We have the opportunity to protect millions more from meningitis by building new and better vaccines.

You might think the introduction of such a game-changing vaccine would signal the end of the story and a pat on the back. But we’re not stopping there. Not when we have the opportunity to protect millions more by building new and better vaccines against the other deadly causes of meningitis.

The World Health Organization (WHO) is leading this effort through development of a roadmap to defeat meningitis by 2030. Endorsed by the World Health Assembly in November 2020 and launched in September 2021, the roadmap includes three visionary goals: 1) to eliminate epidemics of bacterial meningitis; 2) to reduce cases of vaccine-preventable bacterial meningitis by 50 percent and deaths by 70 percent; and 3) to reduce disability and improve quality of life after meningitis of any cause. It also highlights priority areas in which to focus effort, including prevention and epidemic control, diagnosis and treatment, disease surveillance, support and after-care for families and survivors, and advocacy and information.

PATH contributed to the development of the roadmap, but even more importantly we’re contributing on the front lines, with vaccines against three of the four major causes of bacterial meningitis in development.

A health worker prepares a vaccine at the 2010 MenAfriVac launch in Burkina Faso. The vaccine has so far been introduced in 24 of 26 meningitis belt countries. Photo: PATH/Gabe Bienczycki

With more than one million cases reported since 1988 and tens of thousands of deaths to its name, meningococcal meningitis is a scourge on the lives of those in sub-Saharan Africa’s meningitis belt, which stretches across 26 countries from Senegal and The Gambia in the west to Ethiopia in the east. Every year, people living in these countries face the threat of meningococcal meningitis epidemics during the dry season from January to June. Epidemics can reach massive proportions, placing enormous burdens on local health systems and inflicting damage that remains long after the diseases passes. Even with timely antibiotic treatment, one in ten infected people will die within two days of the onset of symptoms; without treatment, 50 percent of those infected die.

Until recently, group A meningitis was responsible for more than 80 percent of Africa’s epidemics. But since the introduction of MenAfriVac—the result of a nine-year partnership between PATH, WHO, and the Serum Institute of India Pvt. Ltd. (SIIPL) called the Meningitis Vaccine Project—the disease has faded into memory, and the world has seen the power of affordable meningococcal conjugate vaccines.

But group A meningitis isn’t the only form of the disease that plagues Africa; groups C, W, X, and Y also circulate and can cause outbreaks and epidemics. In fact, group C meningitis outbreaks in Nigeria and Niger infected more than 14,000 people in 2017 alone.

PATH is once again partnering with SIIPL, this time to develop an affordable meningococcal conjugate vaccine against serogroups A, C, W, X, and Y. Development of this new vaccine is supported by the UK Foreign, Commonwealth, and Development Office and the vaccine candidate is undergoing Phase 3 clinical trials in Mali and The Gambia—a crucial step on the pathway to licensure, and to potentially eliminating all forms of epidemic meningitis in the meningitis belt.

Pneumococcal disease, caused by the bacterium Streptococcus pneumoniae, kills nearly 300,000 children every year before their fifth birthday—mostly in low-resource countries in Africa and Asia. In addition to pneumonia, pneumococcus can cause deadly infections like sepsis and meningitis. In fact, pneumococcal meningitis is the most common cause of non-epidemic meningitis in sub-Saharan Africa, and it has a higher case-fatality ratio than other causes of bacterial meningitis—meaning that, even though it is less likely to strike a community with the same force as meningococcal meningitis, it is no less feared.

Effective pneumococcal conjugate vaccines (PCVs) are in use and save lives around the world. They are designed to protect against the most common of the more than 90 varieties of pneumococcus that cause disease, but their high cost means that many countries can’t afford them without substantial donor assistance. Or sometimes even at all.

A vaccine produced by SIIPL and supported by PATH is the newest PCV to be WHO-prequalified and added to the global childhood pneumococcal disease prevention arsenal. This state-of-the-art vaccine is now being made available to low- and middle-income economies for just $2 per dose—a savings of roughly 30 percent from Gavi prices for predecessor PCVs. Additionally, PATH is now working with Seattle-area biotechnology company Inventprise to advance the development of a next-generation, high-valency PCV candidate that can be affordable and accessible for lower-income parts of the world. The project is an important step toward addressing the need for additional PCVs that protect against a larger proportion of disease-causing pneumococcal varieties.

Vaccines save countless lives by allowing us to prevent disease rather than treat it.

Protection for the very youngest

One of the earliest and most dangerous health threats young infants face is one many have never even heard of: Group B Streptococcus (GBS), which causes a bacterial infection that can take hold at or within a few hours of birth. A leading cause of sepsis and meningitis in young infants, GBS reportedly causes more infant deaths than HIV, and more than tetanus, pertussis, and respiratory syncytial virus combined. It can even cause problems during pregnancy: GBS has been linked to pre-term birth, miscarriage, and stillbirth.

No vaccine yet exists against GBS. The disease is managed in some parts of the world by screening pregnant woman and administering prophylactic antibiotics during labor if they’re found to have certain risk factors or are carriers of GBS (the bacteria live in the gastrointestinal tract and the vagina and can be passed from mother to baby in the womb or during birth). But this method contributes to antibiotic overuse and resistance, and is expensive and logistically challenging—especially for the low-income countries that need intervention the most.

PATH is working with Seattle-area biotechnology company Inventprise to develop a vaccine against GBS that can be delivered to pregnant women, who will then pass along protective antibodies to their babies—a strategy referred to as maternal immunization.

Though vaccines are only part of the defeating meningitis by 2030 strategy WHO is developing, they are an essential part, and one of the platforms upon which all other strategies hinge. Vaccines save countless lives by allowing us to prevent disease rather than just treat it. And with a disease as virulent as meningitis—prevention is key. 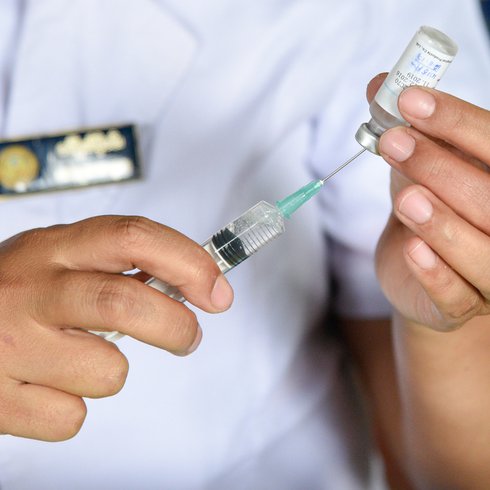 Why we work on vaccines 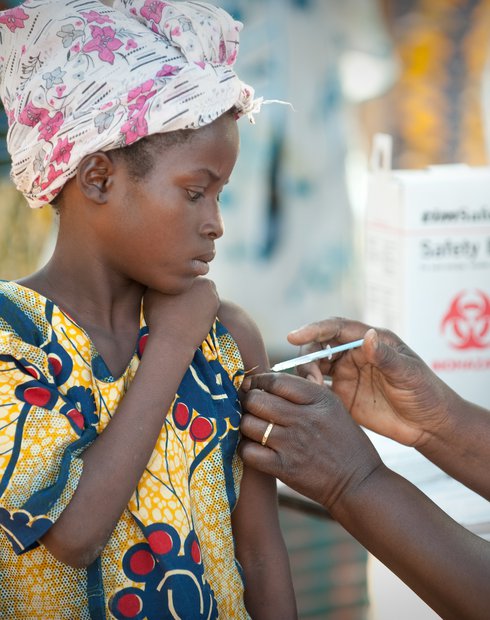 Celebrating in Africa: the end of the reign of meningitis 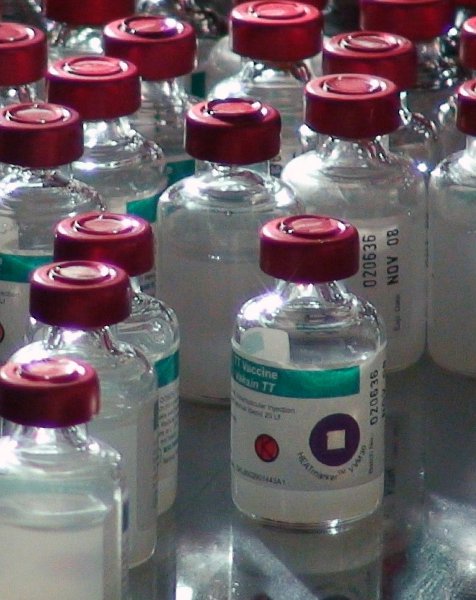