One shot to stop epidemic meningitis

Building a vaccine that will eliminate epidemic disease for good

The MenAfriVac vaccine has protected hundreds of millions of people in sub-Saharan Africa from group A meningitis. Photo: PATH/ Gabe Bienczycki.

In 2010, after nine years of careful development and rigorous clinical study, a new vaccine against one of Africa’s deadliest scourges hit the market in Burkina Faso, providing both hope and protection to people across the African meningitis belt. Called MenAfriVac®, it is a conjugate vaccine against group A meningococcal meningitis, and has since been delivered in mass vaccination campaigns to more than 284 million people, virtually eliminating group A meningitis wherever it has been used.

Infants and young children are among the most vulnerable to meningococcal meningitis. Photo: PATH/Gabe Bienczycki.

It’s a story that has been told over and over—and for good reason. Group A meningitis was responsible for approximately 80 percent of meningococcal disease in Africa, and it mainly affected infants, children, and young adults. Without treatment, 50 percent of those infected would die within days; even with treatment, one in ten would. Those who survived were often left with severe, lifelong disabilities. But a vaccine changed all of that. The MenAfriVac® story is absolutely worth telling, again and again.

But it’s not the end of the story.

Group A meningitis isn’t the only form of the disease that plagues Africa; groups C, W, X, and Y also circulate and can cause epidemics. In fact, ongoing group C meningitis outbreaks in Nigeria and Niger infected more than 14,000 people in 2017 alone.

Protection against group A meningitis is hugely important, but it isn’t the end. To truly eliminate meningitis in Africa, we need a vaccine that shields against all epidemic-causing strains.

Recent epidemics of group C meningitis in Nigeria and Niger are a prime example of the need for a multivalent meningococcal vaccine that protects across strains. Photo: PATH/Gabe Bienczycki.

Multivalent meningococcal vaccines designed to protect against multiple strains aren’t novel—they’re already in use in the United States and much of Europe. Many of us received them as a child, or before we went to college. But due to economic hurdles, they’re not practical for use in Africa.

PATH, along with Serum Institute of India Pvt. Ltd., is working to develop a vaccine that is affordable for Africa. We’re currently conducting a Phase 2 clinical trial of a multivalent meningococcal vaccine covering groups A, C, W, X, and Y. The vaccine is being studied in toddlers in Bamako, Mali, and comes after encouraging results from a Phase 1 study in healthy US adults. The Phase 2 study will assess safety and immune responses, and it is designed to pave the way for licensure studies down the road.

“To truly eliminate meningitis in Africa, we need a vaccine that shields against all epidemic-causing strains.”

PATH and partners are working to develop multivalent meningococcal vaccine that, like MenAfriVac, is designed for the economic realities of Africa. Photo: PATH/ Gabe Bienczycki.

Meningitis epidemics are an annual threat in the African meningitis belt. They bring death, disability, and a fundamentally altered way of life. An effective multivalent vaccine would erase that. It would save countless lives; it would prevent untold cases of deafness, paralysis, and loss of limbs; it would help families maintain a level of economic security. A multivalent would lift the cloud of fear that people throughout the meningitis belt live under. 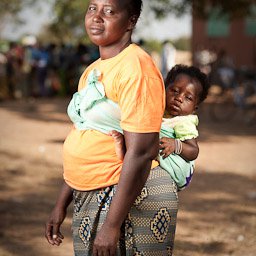 Why Ida stood in line for vaccine 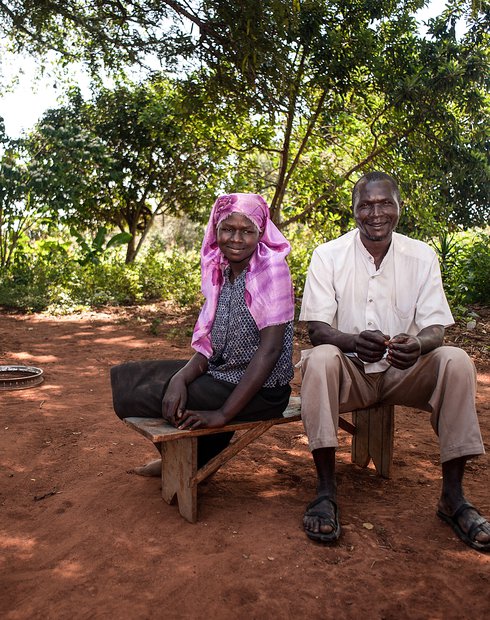 How do you reach more girls to protect against cervical cancer and HPV? 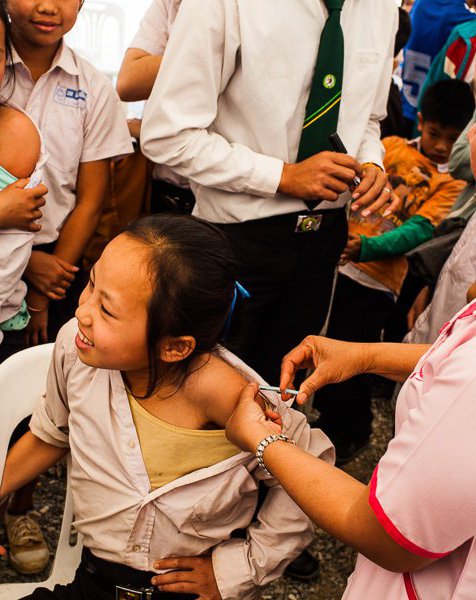