Can a vaccine combat inequality in disease prevention?

PATH is working to develop a vaccine against GBS, which could help eliminate disparities for moms and babies

Group B Streptococcus is a global problem but women like Winnie Navumbia, who live in low-resource countries, don't have access to the preventative screenings during pregnancy that can save infant lives. Photo: PATH/Will Boase.

Have you heard of Group B Streptococcus (GBS)? Probably not, unless you’re a parent. One American mom hadn’t—until she was routinely screened for it during her last trimester of pregnancy. She found out she was a carrier of the bacterium—which is common and generally benign in adults, but can be deadly for infants. And that can be passed from mother to baby during birth.

“I was already worried and anxious, since it was my first pregnancy,” she says. “Finding out I had GBS just added to that, especially since I didn’t know much about it or how I got it.”

GBS is the leading cause of sepsis and meningitis in young infants worldwide—often affecting babies just a few hours old. Any parent would be frightened to hear their unborn child was at risk of contracting it. Recent studies show that GBS causes more infant deaths than HIV, and more than tetanus, pertussis, and respiratory syncytial virus combined. It can even cause problems during pregnancy: GBS has been linked to preterm birth, miscarriage, and stillbirth. In fact, studies estimate GBS could be responsible for as many as 3.5 million preterm births and nearly 150,000 stillbirths and infant deaths annually. And babies that survive GBS infection are often left with lifelong disabilities such as deafness, blindness, and developmental delays.

GBS is the leading cause of sepsis and meningitis in young infants worldwide—often affecting babies just a few hours old.

But in the United States, for women with access to health care there are resources available to detect, prevent, and treat GBS in infants. When the American mom’s doctor’s office let her know she was a carrier of the bacteria, they weren’t overly concerned—they just told her that she would need a course of antibiotics during labor.

“That was the only mention of it. There really wasn’t any discussion,” she says. “They didn’t even test (my son) for it after he was born. It was hardly an issue at all.”

This is not how it went for a mom in Uganda.

Logistical challenges prevent such routine screenings in low-resource settings like Uganda, so her doctor didn’t know she carried the bacterium. But even if she had been screened, she would likely not have had access to the intrapartum antibiotics recommended by the World Health Organization (WHO) to prevent early GBS infection in young infants.

The bacteria passed to her daughter during birth and she developed sepsis, a life-threatening condition where bacteria enter the bloodstream. The baby had to be admitted to the hospital for antibiotic treatment at only a few hours old. She struggled to breathe, and she couldn’t breastfeed; she had to be given oxygen and fitted with a nasal gastric tube to ensure proper nutrition.

“I felt so bad,” says the Ugandan mom. “I couldn’t even stay with her after she fell ill.”

Because as devastating as it was to have a newborn in the hospital, she didn’t have the luxury of taking a break—she had to return home, take care of her other children, and manage her business.

And while her new daughter was fighting sepsis, one of her older children fell ill and also had to be admitted to the hospital. That child is recovering but the emotional toll of having two sick children—not to mention the economic impact of lost income while caring her children—will linger much longer than the illness.

“It is very tiresome,” she says. “However, there is no other way.”

A global disease; a regional problem

Though GBS is a global problem, low-resource countries suffer a significantly higher disease burden than high-income nations. African nations alone account for 54 percent of all estimated GBS cases and 65 percent of GBS-linked stillbirths and infant deaths—demonstrating the inherent inequity in our current treatment and prevention methods.

But GBS prevention isn’t as straightforward as increasing access to early screenings and antibiotics, which are only effective against early-onset disease (the form that afflicts babies up to seven days of age). All infants—even those born to healthy mothers who don’t carry the bacterium—are vulnerable to late-onset GBS disease in the weeks or months following birth. Plus, antibiotics given during labor offer no protection against miscarriage, stillbirth, and preterm birth.

“It is so important to be immunized against GBS. It will protect my children and myself. It will keep us in good health."”

What we need is a GBS vaccine.

There is currently no licensed vaccine against GBS, but PATH is hoping to change that. We’re working with partners around the world to develop a GBS vaccine that is designed to be delivered to pregnant women, who would then pass on protective antibodies to their babies—a strategy referred to as maternal immunization.

Direct vaccination, which works for older infants and children, is often not an effective option for newborns. Babies are born with immature immune systems not yet able to adequately respond to many vaccines, which consequently must be given later in childhood. Moreover, GBS infections most often occur in the first hours and days of life, before an adequate immune response to a vaccine has time to develop. Maternal immunization is a promising strategy for combatting GBS because it would provide babies with protection before they are exposed to the GBS bacterium.

And, developing a vaccine against GBS aligns with an effort by the WHO and other global partners to defeat meningitis (a common result of GBS) by 2030. The first step is to develop a roadmap that defines how to move forward. A draft of that roadmap is available until July 26 for public consultation and you’re encouraged to make your views heard. PATH is contributing to development of the roadmap, but even more importantly we’re contributing on the front lines, with vaccines against three of the four major causes of bacterial meningitis in development—GBS, pneumococcus and meningococcus.

A GBS vaccine has the potential to protect women and their babies globally but would be revolutionary in low-resource countries that have limited access to current interventions. A GBS vaccine, developed specifically with low-resource countries in mind, would provide infants with the crucial protection they need against GBS. It would help eliminate some of the inequality in who is affected by this disease.

No one should have to watch their child suffer just because of where they live.

“Antibiotics do help but a vaccine would be so much better,” says the American mom. “As a new mom you are worried about so many things—a vaccine would give you peace of mind and let you cross one thing off the list. And for the moms who can’t get antibiotics, it could be life-changing.”

Not only life-changing, but lifesaving.

“It is so important to be immunized against GBS,” the Ugandan mom says. “It will protect my children and myself. It will keep us in good health.” 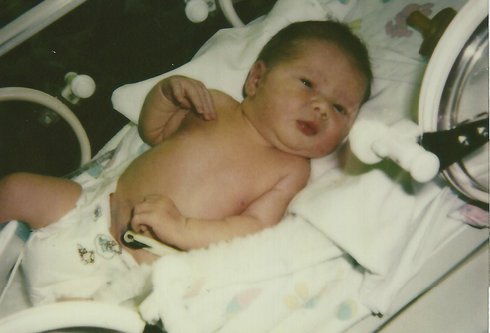 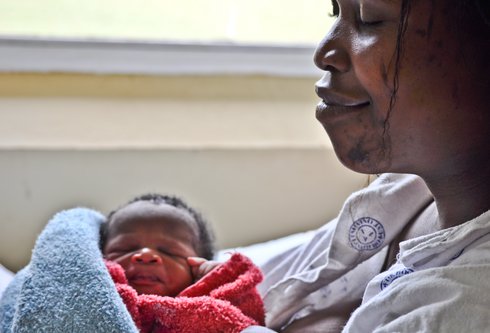 Fighting Group B Streptococcus in the hardest hit places 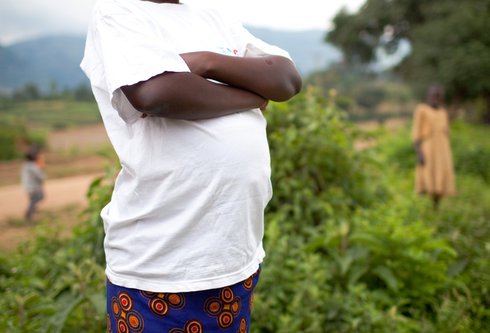