Tackling malaria, one of the toughest global health problems

What do King Tut, George Washington, Michael Caine, and Mother Theresa all have in common? At some point in their lives, they contracted malaria.

As carriers of many deadly diseases, mosquitoes kill more humans than any animal on earth. Photo: University of Edinburgh.

While the malaria parasite wasn’t officially discovered until 1880, evidence of the disease appears in historic records as far back as ancient Egypt. Most modern malaria cases occur in sub-Saharan Africa, south Asia, and the Amazon basin, but the disease has plagued most of the world at one time or another. The highly adaptable parasite appears to have traveled up from the Nile River into Greece, where Greek soldiers brought it to Italy and into northern Europe. Some historians hypothesized that malaria contributed to the fall of the Roman Empire.

Malaria made its debut in North America with European settlement and the African slave trade. The parasite remained long enough to infect their non-immune descendants and wreaked havoc on the continent's population. It’s remarkable for its resilience, ease of transmission, and longevity. Natural interventions against the disease were discovered as early as the 2nd century BCE and yet it keeps its stronghold on the globe. While the world has made significant progress in reducing malaria infection and death with the introduction of drugs, bed nets, and other importation interventions, it remains a major problem with more than 216 million cases in 2016 and nearly 500,000 deaths.

“The malaria parasite is remarkable for its resilience, ease of transmission and longevity.”

The malaria parasite has proved tricky for scientists studying the disease. While researchers know more about the parasite, how it's transmitted, and how the human immune system fights it, they still don't know how to wipe it out entirely. A vaccine however, along with other critical tools such as bednets, has the power to push the world toward elimination and eradication. Today, PATH is working with the World Health Organization and vaccine manufacturer GSK, to launch a large-scale pilot implementation program of the RTS,S vaccine in three African countries. In partnership with GSK, PATH and numerous other partners developed the RTS,S vaccine over a period of several decades. It's the world’s first malaria vaccine that's been shown to provide partial protection against malaria in young children, a population most susceptible to the disease.

But we’re not stopping there. We’re also exploring other vaccine technologies, some that seek to build on the success of RTS,S to date, others that take different paths toward immunization. Today, several of our early-stage projects focus on identifying new pre-erythrocytic vaccine targets (antigens). Like RTS,S, these are anti-infection vaccines that aim to trigger the immune system to defend against the parasite as soon as it enters a person’s bloodstream or infects liver cells. We’re also evaluating potential vaccines that would interrupt the cycle of parasite transmission between mosquitoes and humans by preventing the parasite from maturing in the mosquito thus making transmission back into humans impossible.

PATH is dedicated to tackling the world’s toughest global health problems with cutting-edge technology to develop safe and effective vaccines. This difficult work involves numerous partnerships and close collaboration with the countries that will implement the vaccines. Since 2010, malaria mortality rates have fallen 29 percent globally. PATH hopes to contribute to this forward momentum with the development and implementation of much-needed vaccines to help eliminate and eradicate the disease. 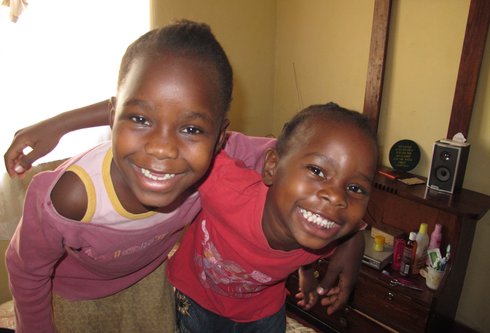 When your child has malaria 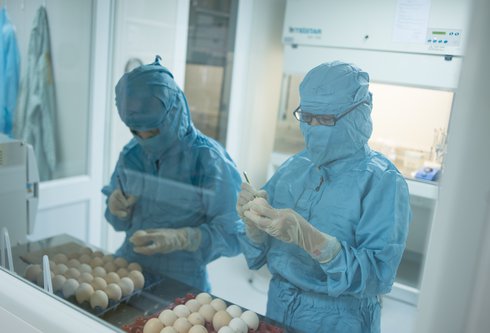 Is a universal flu vaccine within reach?

Inconvenient or deadly? When health is a question of access