Polio eradication and beyond: A long-term vaccine strategy

Vaccination against polio will continue long after the last cases are recorded. We’re looking for ways to hasten eradication—and remain fortified against the disease for years to come.

A health worker in Tanzania unpacks a vaccine cooler. Polio vaccines will be an essential component of routine immunization long after the last cases of polio are recorded. Photo: PATH/Doune Porter.

Humanity has reached a pivotal moment in the fight against polio. Thanks to vaccination, we are close to wiping out the disease—though the remaining pockets are particularly tenacious.

PATH is working with partners to meet the current challenge with innovation while also thinking beyond eradication, because it is not a static event. Humanity needs a long-term insurance policy against polio.

It is impossible to overstate the impact of the oral polio vaccine (OPV). Through it, humanity has driven out endemic polio from all but two countries (Afghanistan and Pakistan) and brought case counts from hundreds of thousands to just a few hundred per year.

A fundamental component of OPV’s success is that it prevents person-to-person transmission of polio. Without it, the world would have had no hope of approaching polio’s eradication.

At the same time, we have reached a point where the current form of OPV presents an eradication obstacle. Gaps in OPV coverage have given rise to outbreaks that are seeded by the shed vaccine virus. This happens when the shed vaccine virus persists in the environment, and, over time, reverts to a form that can cause disease in the unvaccinated and other individuals susceptible to poliovirus infection.

These vaccine-derived cases now outnumber naturally occurring, or wild, polio cases—a paradoxical sign of the vaccine’s success in bringing the world to the cusp of eradication.

Communities are doubling down on strong OPV coverage to reduce the number of people vulnerable to an outbreak, be it wild or vaccine derived. In an ideal world, we would have an oral polio vaccine option less likely to mutate back into a disease-causing form that poses a danger, especially in areas of low vaccine coverage.

Now we do. PATH coordinated the product development consortium that advanced novel oral polio vaccine against type 2 (nOPV2), the polio type most often responsible for vaccine-derived outbreaks. Studies show that nOPV2 is less likely than traditional OPV2 to revert to a disease-causing form.

Based on these promising data and on the growing concern over type 2 outbreaks, in November 2020 nOPV2 became the first vaccine granted the World Health Organization’s (WHO) Emergency Use Listing.

PATH is continuing to advance nOPV2 work with the aim of eventual WHO prequalification, which will make the vaccine more widely available. We are also in the early stages of developing novel vaccines against type 1 and type 3 polioviruses as part of humanity's long-term insurance policy against polio.

Both wild and vaccine-derived viruses are resilient enough to persist for a long time in the environment, so vaccination against polio will need to continue long after the last cases are recorded.

The primary polio vaccine of the post-eradication era will be inactivated polio vaccine (IPV), which confers strong individual protection against disease.

IPV is notably less effective than OPV at interrupting person-to-person transmission, but does not perpetuate the presence of shed oral polio vaccine virus in the environment. Once communities reach a point where disease transmission risk is low, IPV is the ideal option for long-term routine immunization.

“Global demand for IPV is growing. Manufacturer readiness for supply and scale-up must begin now.”

As much of the world transitions from one dose to multi-dose IPV schedules, manufacturers must be ready to meet growing global demand for years to come. To support these efforts, PATH helps bring new IPV candidates to market; boosts vaccine manufacturers’ production capacity and consistency; and advises on pharmacovigilance for vaccine safety monitoring.

We also regularly convene workshops with manufacturers, regulators, and other experts to harmonize vaccine production standards and protocols, such as the creation of the International Standard for Sabin IPV D-antigen potency endorsed by WHO.

In line with global efforts to reduce ethical use of animals for vaccine testing, PATH is also helping polio vaccine manufacturers prepare for the future by exploring a non-animal-based alternative: next-generation sequencing.

Current polio vaccine manufacturing uses more study animals than any other kind of manufacturer testing. By contrast, next-generation sequencing is a faster, cheaper, and highly repeatable option that could greatly reduce our dependence on study animals while also ensuring product consistency.

WHO guidelines place limits on the number of facilities that can handle the live virus, and those polio-essential facilities must have plans in place to develop enhanced biosafety infrastructure. When COVID-19 struck, vaccine manufacturers used polio containment facilities to study inactivated COVID-19 vaccine candidates—an example of how polio infrastructure doubles as an investment in global health security.

Our team is helping IPV manufacturers and funders anticipate needed updates to ensure safe vaccine production meets WHO guidelines for poliovirus containment, while also advancing technologies that do not require working with the live virus at all.

We are also exploring the potential of immunotherapeutic use of human monoclonal antibodies to reduce chronic vaccine-derived poliovirus shedding. This can occur in immunocompromised individuals, perpetuating live poliovirus presence in the environment.

From polio to smallpox to COVID-19, we have seen that vaccines and universal coverage are the key to stopping the spread of disease. With sustained efforts in vaccine development, supply, and implementation, polio could well be the second human disease (after smallpox) that vaccines wipe off the face of the earth. 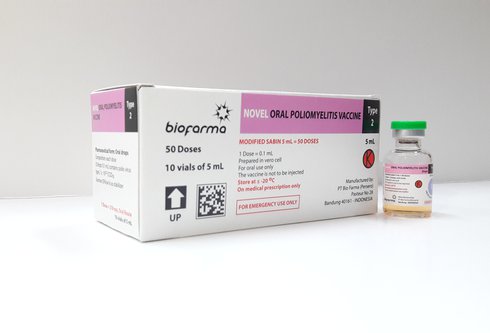 Years in the making: new polio vaccine approved for emergency use 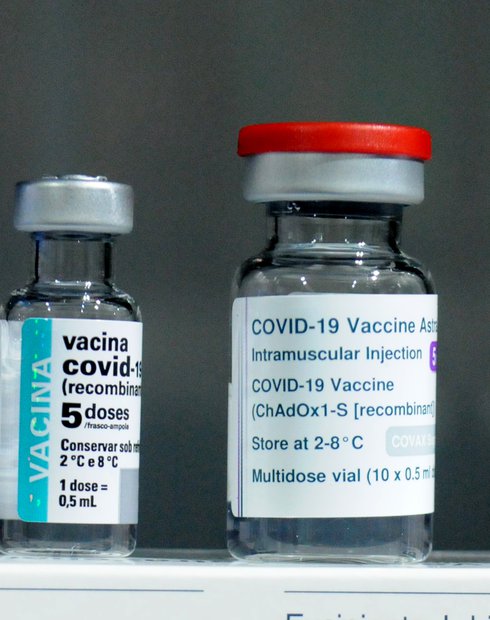 How do experts ensure vaccine safety? 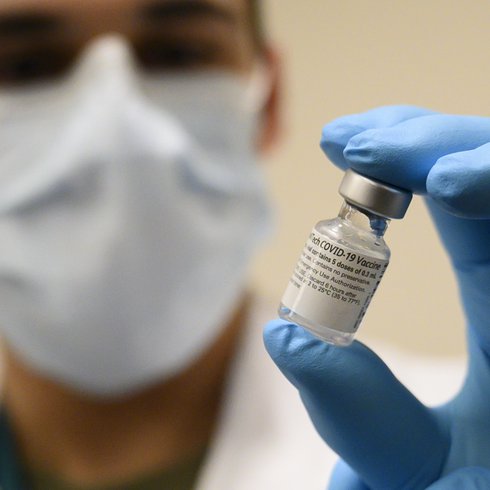 mRNA and the future of vaccine manufacturing