Scientists at PATH are leveraging a unique tool in new ways to develop more effective vaccines to combat some of the world's toughest diseases.

Vials of vaccines in the Bandung BioFarma facility in Indonesia. Photo: PATH.

Imagine if scientists could create their own antibodies – the protein that the immune system creates in order to fight diseases. While it might sound like something out of a science fiction novel, this technology has been used by scientists for more than 30 years. What is the benefit of producing such a thing? These monoclonal antibodies or mAbs give scientists the ability to target a specific antigen – possibly making it easier to treat some of the world’s toughest diseases. Now the technology has the potential to be particularly useful with diseases that have been notoriously difficult to control – like malaria, influenza, and HIV. mAbs are already being used to treat autoimmune disorders like rheumatoid arthritis and have been approved for potentially revolutionary cancer immunotherapies.

PATH’s Center for Vaccine Innovation and Access (CVIA) is using this innovative technology to develop vaccines for malaria, influenza, and Group B Strep (GBS). These antibodies can help the vaccine development process in a few different ways.

CVIA is working on several mAb projects that might assist in the development of a second generation vaccine geared toward malaria elimination. Most malaria vaccines now under development typically use a portion of the malaria parasite to prompt the immune system to produce antibodies that can protect against infection or block disease transmission. But antigens can produce a mix of antibodies, some strong and some weak.

Scientists are approaching mAbs in the context of a malaria vaccine in two ways. mAbs could help scientists determine which antibody is most successful at attacking the malaria parasite, therefore preventing infection. The other approach involves using an antibody that neutralizes the antigen, which would block the transmission of the parasite from human to mosquito with the goal of eventually stopping transmission of the disease overall.

A key component of the world’s first malaria vaccine, RTS,S, is a protein from the malaria parasite known as a circumsporozoite or CSP protein. This protein elicits antibodies targeting the early stage of a malaria infection before the infected person starts feeling sick. But not all of the antibodies produced by the protein provide a strong level of protection.

Scientists supported by PATH screened blood samples from volunteers participating in an early Phase 2 clinical trial of RTS,S and developed a single anti-CSP mAb that they believe could help fight a malaria infection. Clinical trials, now in the planning stages, will evaluate whether immunizing someone with the mAb (also known as passive immunization) can protect a human volunteer deliberately exposed to malaria in what is known as a controlled human malaria infection. Scientists also hope to gather evidence to support development of mAbs as therapeutic products for fighting naturally acquired malaria infections.

PATH is using advances in mAb discovery to evaluate immune responses to a vaccine candidate that seeks to prevent mosquitoes that feed on malaria-infected humans from passing along their malaria parasites to new victims. By synthesizing the individual antibodies as mAbs and testing their potency, scientists were able to identify the most potent vaccine-induced antibodies for blocking parasite transmission from mosquitoes to humans, which will help the development of all transmission-blocking vaccines.

PATH's other work with mAbs

In the development of a GBS vaccine, we want to ensure that disease caused by the five or six most prominent strains is prevented. Using mAbs, we can test the quality of the vaccine to make sure it meets specifications. mAbs can also be used to test how potent the vaccine candidate is – by measuring the body’s antibody response to the infection. An important consideration for any vaccine candidate is whether it will stand the test of time and remain effective after it’s created. This cutting-edge technology allows them to test the stability and longevity of any vaccine candidate long before they make the investment to move it forward into clinical trials.

One of the key problems with the annual flu vaccine is that it is so hard to predict which strain of the virus will be prominent in any given year. PATH is working on the development of a universal flu vaccine, that would cover all strains of this constantly morphing virus. There is a piece of the flu virus that is common among many of the different strains and mAbs will be key in testing whether vaccine candidates can target this piece of the virus.

Researchers are energized by the potential that these targeted therapies have in treating diseases that have stumped the scientific community for decades or longer. This research is providing a more thorough understanding of the immune system, which will be key in defeating them. PATH will continue to harness this exciting technology to work toward the goal of disease eradication across its vaccine portfolio. 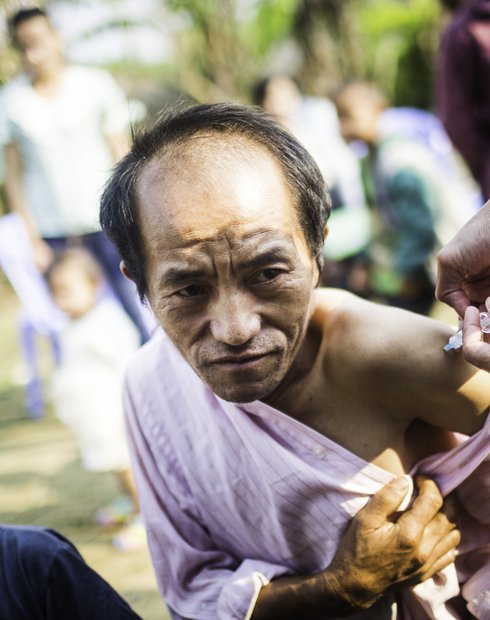 This is how we ensure the safety of a vaccine 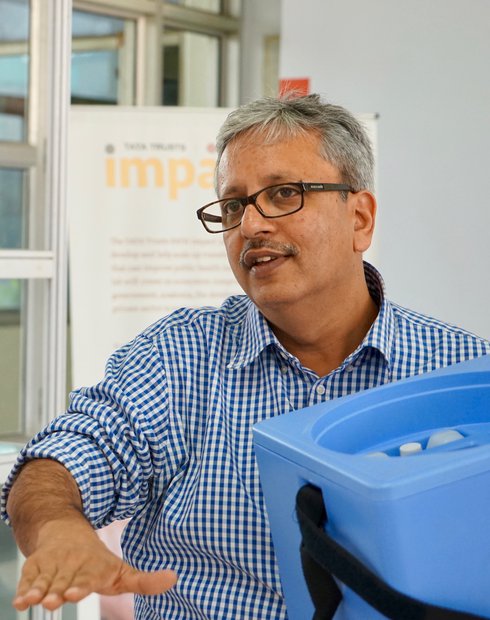