Malaria nearly killed Mulenga Mwenda-Chimfwembe several times throughout her childhood. Now, she devotes her career as a scientist at PATH to fighting it.

This story is part of our ongoing "People of PATH” series, in which we highlight a team member who’s moving humanity forward.

For the first nine years of Mulenga Mwenda-Chimfwembe’s life, she had malaria every Christmas. Her mother would carry her to the hospital from their home in Mkushi, a rural district in central Zambia. She made the hour-long journey on foot, sometimes walking at night—a dangerous time for women to travel.

“It got to the point where my mother would rather we just stay in the hospital than go home,” Mulenga says. “Because every time we went home, by the evening or the next day I would have a high fever again.” She faced severe complications from the disease, including anemia and seizures. She knew a lot of other children who also had malaria. Many of them died or suffered permanent brain damage.

Over time, thanks to her mother’s vigilance and her own strengthening immune system, Mulenga’s bouts of malaria gradually reduced. Today, she’s 34 and a scientist with PATH’s Malaria Control and Elimination Partnership in Africa (MACEPA), which partners closely with the Zambian government at the National Malaria Elimination Center. Mulenga works in the center’s lab, where she genotypes malaria parasites and searches for molecular markers of drug resistance. For her, it’s more than a job. She’s fighting back against the disease that nearly took her life.

Mulenga began her professional journey at the University of Zambia, where she earned her degree in parasitology and entomology. Her motivation to pursue the field? Learning about the life cycle of the Plasmodium parasite, which causes malaria, and how each phase in the cycle presents itself clinically. “I remembered suffering from exactly that,” says Mulenga, “and now I know what caused it.”

Mulenga and her scientific colleagues in Zambia's National Malaria Elimination Center are key contributors to the country's fight against the disease. Photo: PATH/Sarah Anderson.

She also realized that the high mortality rates during her youth stemmed partly from resistance of the malaria parasite to chloroquine, the antimalarial drug in use at the time. In the lab today, she investigates drug resistance—how it comes about, and how interactions within the genes of the parasite cause it.

During her childhood, there were far fewer malaria interventions than exist today. “A mosquito net was rare growing up,” Mulenga says. “If we ever had one, it was in Mom’s room because she slept with my younger sibling.” Nor were there rapid blood tests that give results in 15 minutes. The only way to diagnose malaria was a time-consuming search via microscopy by expert technicians. Doctors often assumed that anyone with a high fever had malaria. While usually accurate, this strategy also caused some tragic misdiagnoses—a situation that Mulenga believes led to the death of her baby brother.

She has also seen firsthand how malaria is a women’s issue, specifically in the toll it took on her mother’s career. A secretary for the local council, Mulenga’s mother lost out on opportunities because she missed so much work while caring for her sick daughter.

To pay her professional success forward, Mulenga is proud to serve as a mentor to other young female scientists working in malaria. One of her mentees is now pursuing a PhD in drug-resistant malaria research. Other career highlights include working with Harvard and Oxford universities, representing PATH/MACEPA at the African Union, and meeting Abdoulaye Djimdé, the researcher who described important genetic markers for chloroquine resistance, as well as other great African scientists working in malaria research.

Today, Zambia is making huge strides toward malaria elimination. This is largely due to the commitment of its government and PATH scientists like Mulenga—living proof of the high stakes in the fight. Once a child too sick to play, Mulenga is now an accomplished researcher and mother to a 4-year-old son. His childhood has been different from hers in one important way: he has never had malaria. 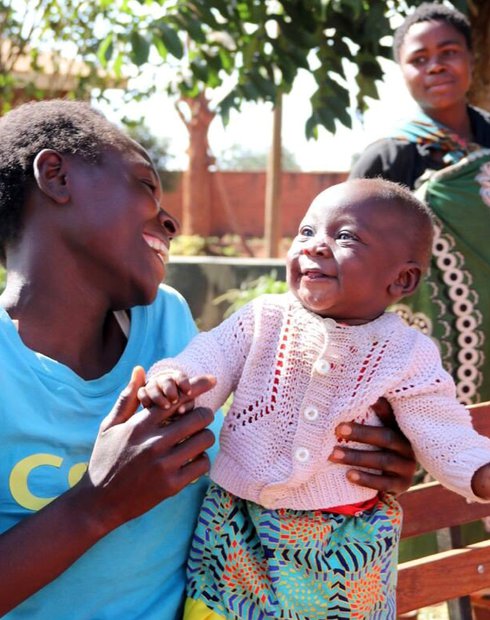 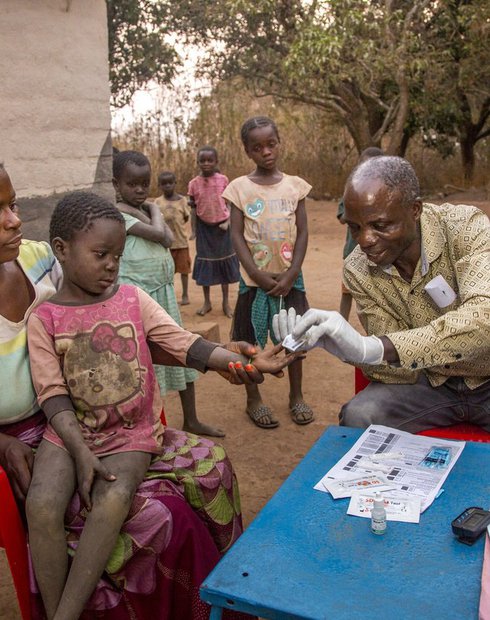 New tools and a “zambitious” goal to end malaria 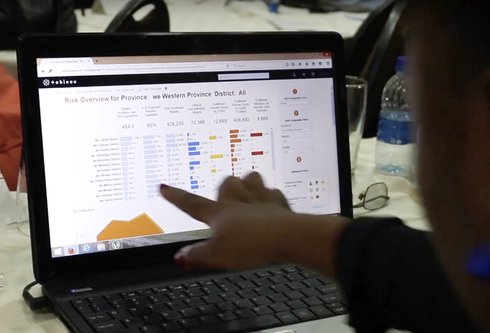 VIDEO: How digital maps and data are accelerating the fight against malaria