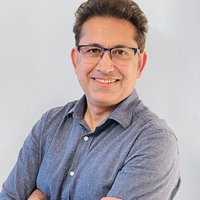 Nabeel Goheer, PhD, is PATH’s Chief of Asia, Middle East, Europe (AMEE) Region. He is responsible for providing strategic leadership and guidance and overseeing program activities in the regional hubs in South Asia, South East Asia, Eastern Europe, Central Asia, China, and Western Europe, as well as PATH’s other projects in the region. He also develops and executes strategies to expand and grow the AMEE portfolio into new regions, including the Middle East and additional countries in Asia.

Dr. Goheer is a seasoned leader with near 25 years of professional experience. Before joining PATH, he spent the last ten years assisting and representing the Commonwealth Secretary-General while providing leadership in the areas of strategy, governance, partnerships, portfolio, evaluation, technology, innovation, and digitalization. Before joining the Commonwealth, he worked with the International Labor Organization (ILO) at the United Nations, World Bank, United Nations Development Program, USAID, and the Government of Pakistan.