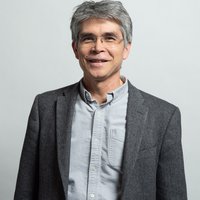 Dr. Fred Cassels is head of Enteric and Diarrheal Diseases at PATH’s Center for Vaccine Innovation and Access. He previously served as the chief of the Enteric and Hepatic Diseases Branch, Division of Microbiology and Infectious Diseases at the National Institute of Allergy and Infectious Diseases (NIAID) at the National Institutes of Health. His work there included studies on Shigella, enterotoxigenic Escherichia coli, rotavirus, and norovirus. Before stepping into that role in 2011, Dr. Cassels worked as severe acute respiratory syndrome (SARS) and influenza vaccines program officer at NIAID from 2004 to 2011, and in the Enteric Diseases division of the Walter Reed Army Institute of Research from 1988 to 2004. He earned his PhD in 1987 in molecular and cellular biology and pathobiology from the Medical University of South Carolina and a bachelor’s degree in biology from St. Mary's College of Maryland. He is the author of dozens of publications and holds nearly 30 issued US patents.