PATH is working with partners in Ghana, Kenya, Malawi, and Uganda to increase vaccine uptake and save lives.

Reluctance to receive vaccines—especially those new to the market—is not new, but it is still important to research the perceptions people hold about COVID-19 vaccines specifically, and to identify their trusted sources of information for decision-making. Understanding of these areas can help health authorities more effectively engage their communities, increase vaccine uptake, and—in so doing—protect those most vulnerable to infectious disease by slowing the spread and easing the burden on health systems.

At PATH, we are working closely with local partners including ministries of health, nongovernmental organizations, and health care workers to conduct exactly this kind of research in Ghana, Kenya, Malawi, and Uganda.

In Kenya, PATH’s Living Labs and several partners wanted to understand the perceptions and motivations of Kenyans with regard to COVID-19 vaccines to help boost uptake among eligible populations through targeted campaigns. Through the COVID-19 Vaccine Equity Project, we conducted rapid qualitative research with health care workers and community members in Kisumu and Tukana Counties and identified their sources of information and the types of messaging they were receiving.

The findings revealed varying levels of vaccine acceptance among the participants, which we classified from cynics to champions. Some barriers to COVID-19 vaccine confidence included lack of trusted information about the vaccines, social pressures, and uncoordinated information and access to the vaccines.

Steve Osumba, Design and Innovation Specialist for Living Labs in Kenya, said that to mitigate these barriers, the team “tested communication strategies to understand what works and co-designed effective communications approaches with the health care workers and community members—who are the users the communication campaigns aim to reach.” As a result of these efforts, some recommended opportunities included developing a centralized website, using social media such as WhatsApp, and enlisting trusted leaders such as chiefs and medical professionals to disseminate information at health barazas and community events.

In Uganda, from March to July 2021, PATH analyzed news articles, social media posts, and communications from the Ministry of Health (MOH) to understand why people might be hesitant to take a COVID-19 vaccine.

“We found that misinformation was being shared about the vaccine, and that the messages communicated from the government were confusing,” said Esther Nasikye, PATH Advocacy and Policy Manager in Uganda. “For example, people were hearing about the vaccine causing blood clots in other countries and that government officials were encouraging people to get the jab but hesitant themselves to initially get it. As a result, people were hesitant to get vaccinated.”

To address some of the issues we uncovered, PATH partnered with the MOH, with support from COVAX, to help develop an advocacy and demand generation handbook as part of the National Deployment and Vaccination Plan for COVID-19 vaccine and the continuity of essential health services, including immunization. The handbook includes key messages and frequently asked questions to boost evidence-based advocacy, build confidence among the population, and generate demand for COVID-19 vaccines in Uganda. We disseminated the handbook broadly—from government officials, to faith and cultural leaders, to health care workers and the media.

To further combat misinformation in the media, PATH also supported training for nearly 150 journalists and health reporters from around the country, equipping them with key messages about the vaccines and providing them with key contacts to verify vaccine information before publication.

But the work is still not done. As the COVID-19 situation evolves, we need to be prepared to provide updated messages and communications strategies across a variety of sectors. You can learn more from a recent webinar featuring this work.

In Ghana, Kenya, and Malawi, PATH interviewed 167 mothers of vaccination-age children to explore their exposure to and trust in vaccine-related messages through conventional (radio, television, and newspaper) and digital (Facebook, WhatsApp, and internet) media. While a majority of women in all three countries reported receiving vaccine messages from radio and television, messages on Facebook and WhatsApp were also frequently reported, especially in Ghana, where mobile phone ownership and internet access was highest.

Messages heard on radio and television covered the widest range of vaccine topics, including routine childhood vaccines, maternal immunization, and COVID-19 vaccines. These messages consistently conveyed accurate information, were most often intended to promote vaccine uptake, and were overall highly trusted by the participants due to their perceived backing by the country’s health authorities.

Conversely, messages seen on Facebook and WhatsApp were predominantly about COVID-19 vaccines and were most frequently intended to dissuade uptake. The women’s trust in these messages was mixed. Many participants dismissed their truthfulness outright. As one interviewee shared: “Sometimes people post things on Facebook which you are not able to tell whether they are true or not and that is why I would not trust what I get from Facebook or WhatsApp.” However, a substantial minority of the women either believed the messages or were concerned by what they heard.

Despite expressing virtually unanimous confidence in the safety and efficacy of, and the need for childhood vaccination and maternal immunization, the same was not the case when it came to COVID-19 vaccines. Close to 40 percent of the women indicated that they would refuse a COVID-19 vaccine or would hesitate until their concerns were addressed. They voiced concern regarding how quickly the vaccines were developed, lack of evidence, and general safety of the vaccines; some wanted to wait and see how others reacted to vaccination; and there was confusion about why some prominent figures had not taken a vaccine.

Note: While the publication of these findings is in submission, PATH has worked closely with the respective MOH in each country on the analysis and the results.

The findings from these three projects highlight both common themes across countries related to COVID-19 vaccine acceptance and nuances that require tailored approaches, from ensuring messages are appropriate for different groups to the medium of communication—whether that be online messages or through leaders to encourage vaccine confidence. Understanding this exceptionalism and the need to design interventions that preempt and deal with the reasons behind the hesitation is critical. Additionally, as we look at the use of different media channels on which information about COVID-19 vaccines is shared and consumed, it is important to consider the potential impact this may have on sentiment toward other vaccines. 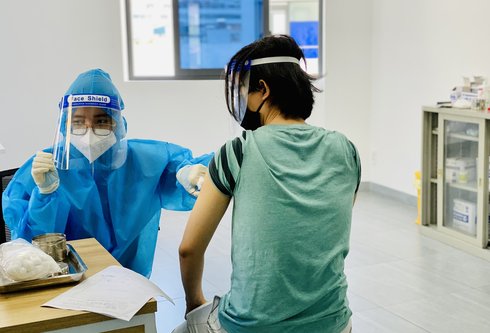 Universal health coverage: 5 ways to get there faster 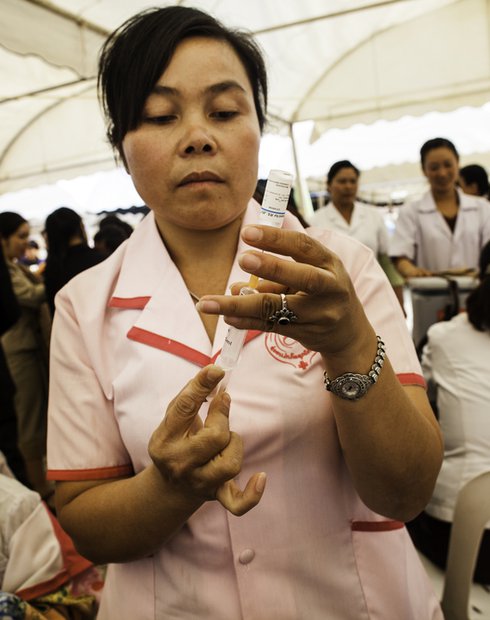 In Laos, an old partnership makes new progress against COVID-19

By canoe, car, or foot: The journey to high-quality health data