During three short weeks in November, 9.8 million children were vaccinated with typhoid conjugate vaccine (TCV), giving them long-lasting protection against typhoid. The children were vaccinated thanks to a campaign led by the federal and Sindh Provincial governments with support from the Typhoid Vaccine Acceleration Consortium (TyVAC), which includes PATH.

The campaign focused on children between 9 months and 15 years of age, and marked a successful first step in Pakistan’s plan to introduce the vaccine nationally into its routine childhood immunization program. With the campaign completed, Sindh Province is now transitioning to routine immunization for all children when they are 9 months old. Punjab—the next province to introduce the vaccine—will begin preparations for rollout later in 2020.

Typhoid has been mostly eliminated in high-income countries, but continues to be a major cause of illness in low- and middle-income countries—especially in places where water and sanitation (WASH) infrastructure is lacking.

Unfortunately, in Pakistan, I have seen just how much the WASH infrastructure has deteriorated since I was a child. For example, as a kid I remember brushing my teeth with water from the faucet. Now when I visit, even in the nicest hotels, you’re told not to drink the water from the tap.

In Sindh Province, and increasingly in other parts of the country, we are battling an outbreak of extensively drug-resistant (XDR) typhoid, which is resistant to all but one oral antibiotic. That means children who fall ill with those strains have limited treatment options and the cost of such treatment can place further economic burdens on their families. Pakistan, with XDR typhoid and limited WASH, is particularly susceptible to an increased typhoid burden. That’s why the introduction of TCV is especially exciting for me—both professionally and personally.

It took a lot of hard work and collaboration to get to this point. As part of TyVAC, our team at PATH supported Pakistan throughout the vaccine introduction process, beginning by ensuring that the Federal Expanded Programme on Immunization had the latest information on vaccine efficacy, cost-effectiveness, and safety, as well as the burden data needed to make informed decisions about vaccine introduction.

Once the decision was made to introduce TCV, we aided the government with their application to Gavi, the Vaccine Alliance, all the way through to vaccine implementation planning. We worked with the different partners—from the World Health Organization to Gavi, to UNICEF, to local organizations, including Precision Health Consulting—to provide the federal and provincial governments with the support they needed and wanted for a successful TCV launch. During the vaccination campaign, 21 civil society organizations, 4,000 vaccinators, 8,000 social mobilizers, and 11,000 community volunteers worked together in an effort to reach all eligible children with this essential protection. Their perseverance and advocacy efforts even led to early vaccine refusers ultimately deciding to receive the vaccine.

I’m glad I was able to play a part in Pakistan introducing this lifesaving vaccine for the children who need it the most. When I was a teenager, one of my first cousins died from typhoid when she was just two years old. Over the years, many more of my family members have suffered from high fevers that, while we don’t know for sure due to challenges with typhoid diagnostics, could have been from typhoid.

A lot of my family still lives in Pakistan today. When I think about the introduction of this vaccine I think about my cousins’ children. This introduction is peace of mind that they will be protected, that families like mine won’t have the stress of having a child who is sick with typhoid, or worrying about whether they can afford treatment, especially with the ever-present threat of XDR typhoid. And finally, it means that children like those in my family, who are constantly exposed to typhoid, will have the same opportunities to grow, thrive, and live up to their full potential as children like my niece and nephews in the United States, who are given typhoid vaccines routinely when traveling to the region.

This is a time to celebrate a successful launch of TCV in Pakistan, but it is also just the beginning. We still have work to do to ensure that every child at risk of typhoid is able to access the lifesaving protection of TCVs. Because typhoid is preventable. And we have the tools and knowledge to prevent it.

In Pakistan, protecting 9 million kids from typhoid is just the start 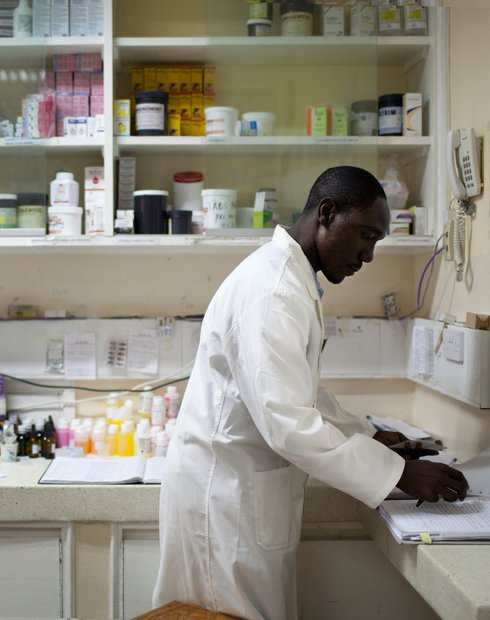 A key tool in the race against drug resistance: vaccines 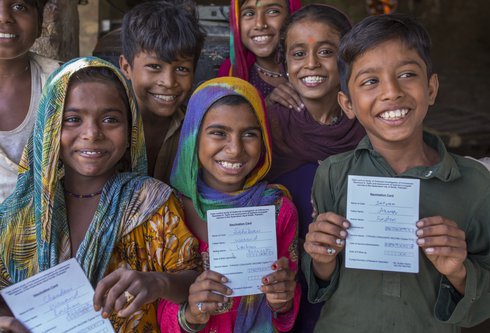 A banner year for typhoid control