In Kenya, Chris Obong’o is listening for big ideas

In Kisumu, Kenya, Chris Obong’o turns his curiosity into a tool for creating healthcare solutions in partnership with clinic staff, clients, and colleagues.

Dr. Chris Obong’o is known as an energetic and supportive presence in his role as PATH Kenya’s regional monitoring, learning, and evaluation specialist. Photo: PATH/Dickens Omedo.

This story is part of our ongoing “People of PATH” series, in which we highlight a team member who’s moving humanity forward.

Chris Obong’o knows a good idea when he hears one. In his work with PATH, he constantly brings people together in a quest to turn concepts into concrete, transformative actions. His ultimate goal: achieve health equity in Kenya and beyond.

“People come up with creative ideas in the face of challenges,” says Chris. “My work is about creating a process to listen to an idea, improve on it, and bring in different people to form a solution.”

Case in point: his work with Kenya’s DREAMS team, which aims to reduce HIV incidence among adolescent girls and young women. In 2018, Chris invited the DREAMS initiative team in Kisumu to discuss its interventions. He listened as members described how they provide safe, confidential spaces for clients to engage with health care providers and receive PrEP—an otherwise stigmatized HIV prevention regimen.

Chris took the kernel of that idea and expanded it with the DREAMS partnership. Those efforts led directly to PATH’s participation in a US National Institutes of Health grant to look more closely at PrEP delivery to girls and young women. Today, researchers and funders around the world seek Chris’s expertise as a principal investigator for the grant.

He began his career as a researcher with the Centers for Disease Control and Prevention in Kenya, which sparked his curiosity and led to his work in HIV prevention at PATH. In 2014, he left for the University of Memphis, where he earned a PhD in behavioral science. Returning to PATH in 2016, Chris moved into evaluation, learning, and project management, spearheading complex projects across the region. He eventually relocated to Kisumu on Lake Victoria, where much of PATH’s work in Kenya unfolds.

Listening and learning at Living Labs

Chris is also the country lead for PATH’s Living Labs, a dynamic space for creating and testing health care innovations. Filled with whiteboards, post-it notes, and tablets, the Living Labs space kindles collaborations that put people at the center of the health care equation. The process, Chris explains, is a way to test assumptions, generate new ideas, and engage a broader range of stakeholders—including frontline clinic staff.

“When I’m able to bring people together and generate new insights from data they look at every day, that’s very exciting to me,” he says. “Sometimes you need an external person to listen to you to talk about it to see a dimension that you don’t see on your own.”

Chris and his Living Labs colleagues are at work on several projects, including how to boost the motivation of health care workers who implement electronic immunization registries. By bringing in a brain trust of clinic staff, local leaders, and others, the Living Labs team collects instant feedback on what works and what doesn’t.

“Chris is never deterred by a challenge,” says Brian Taliesin, the global director for Living Labs. “He is always asking, ‘How might we develop a small idea into a more technically sound one?’ And then he pulls together the right team to implement the solution.”

Chris’s greatest hope? That his listen-first approach becomes a way of operating for everyone in global health. “Everyone has good ideas,” he says. “But if we don’t listen, we’ll never hear them.” 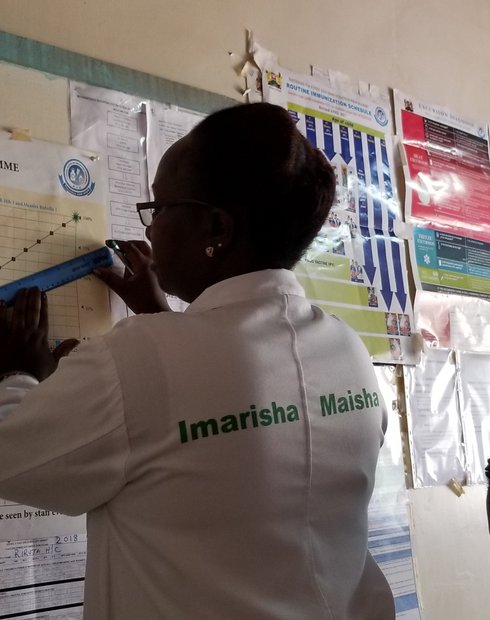 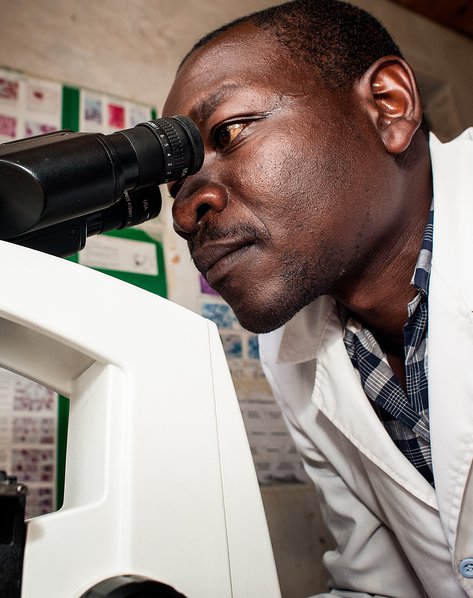 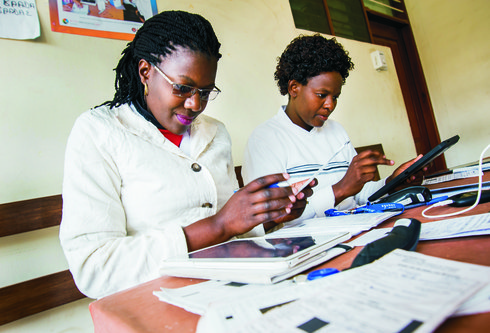