How lab tests and diagnostics are accelerating in Africa

From labs to government leadership, PATH works with partners in Africa and Asia to build strong diagnostics networks that can respond quickly in the event of a disease outbreak.

A laboratory worker in the regional hospital in Thies, Senegal. PATH has helped to map more than 120 public labs in the country. Photo: PATH/Gabe Bienczycki

The shortage in tests for COVID-19 in the United States caused dangerous delays in identifying the magnitude of the outbreak. Through January and February, a concerned healthcare community waited for better access to diagnostic testing, but the disease was already gaining a foothold. Each day of delay made containment more difficult and put lives at risk.

African countries, on the other hand, were already taking steps to enable timely testing throughout the continent. In early February, surveillance teams from 15 nations attended a training led by the Institute Pasteur of Dakar on how to perform molecular diagnosis of COVID-19. Later that month, teams from an additional 20 countries received the training in South Africa.

According to the Bill & Melinda Gates Foundation's The Optimist newsletter, all of the African teams have been supplied with assays produced in Germany. Properly equipped, they can confirm the COVID-19 diagnosis without shipping samples elsewhere. This was not initially the case in the United States, where laboratories around the country had to send specimens to the Centers for Disease Control and Prevention (CDC) in Atlanta for analysis.

Dr. Linda Venczel, PATH’s head of global health security, was on hand for the training in Dakar. “As the pandemic spreads,” she says, “it’s important to decentralize testing. Capacity will be overrun if it’s centralized.”

But, Dr. Venczel explains, a robust diagnostic system comprises much more than accurate lab testing. It spans transportation, the cold chain, reporting, referrals for further testing, and more. Year-round, Dr. Venczel and her team partner with countries in Africa and Asia to improve the quality and timeliness of testing performed by diagnostic networks.

For instance, in Senegal, PATH is helping develop a national strategic plan for labs to strengthen their capacity to safely perform high-quality diagnostic testing. The goal: improve disease surveillance and outbreak detection. In collaboration with the CDC, we also supported an effort to map more than 120 public labs in the country. With the facilities’ GPS coordinates now available, Senegal’s Ministry of Health and PATH can make informed decisions on best strategies to fill gaps—whether in personnel, equipment, quality assurance procedures, or even where samples are shipped.

A laboratory worker in the regional hospital in Thies, Senegal. PATH supported an effort to map more than 120 public labs in the country. Photo: PATH/Gabe Bienczycki.

Poliovirus can be detected in wastewater using this bag-mediated filtration system developed by University of Washington and tested in Pakistan in collaboration with PATH. Photo: PATH/S. Khan.

A prototype of the bag-mediated filtration system tested in Pakistan and Kenya for detection of poliovirus in wastewater. Photo: PATH.

With expertise in global health security, data systems, surveillance, and diagnostics under one roof, health experts at PATH can think holistically about how groups interrelate and what their priorities are. As part of their diagnostics work, Dr. Venczel and her team’s efforts span many areas, from evaluating drones for transporting medical samples in the Democratic Republic of the Congo, to implementing better reporting systems in Senegal.

In Uganda and many other countries in Africa, we’re working with partners to improve and strengthen transportation systems for medical countermeasures, samples, and vaccines. In other countries, such as Pakistan and the DRC, we sample the natural environment in places like rivers, looking for wild poliovirus and other pathogens before they affect the human community.

This holistic approach helps us put interoperable data in the hands of decision-makers as they plan for disease surveillance and response. In turn, Dr. Venczel and her team work closely with ministries of health to support policymaking, planning, and assessment. They link all the data—laboratory, clinical, and surveillance—in order to look at trends over time.

In a public health emergency such as COVID-19, rapid reporting of the data is crucial. It will inform the leaders and frontline staff who gather at PATH-supported emergency operations centers in Tanzania, Senegal, the DRC, and Vietnam. “A robust diagnostics network is key to a swift, effective response to the pandemic,” says Dr. Venczel. 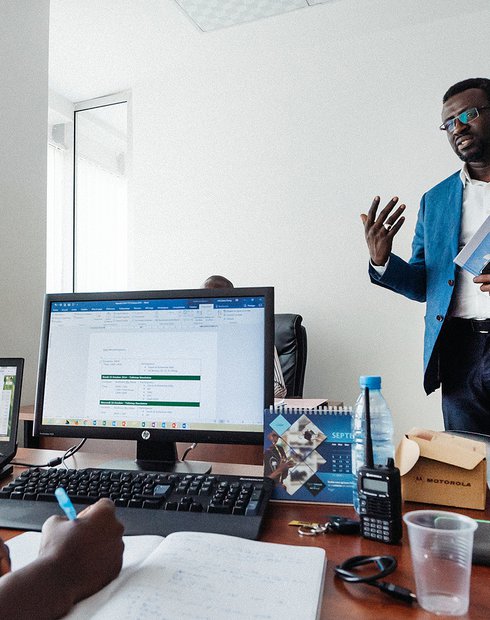 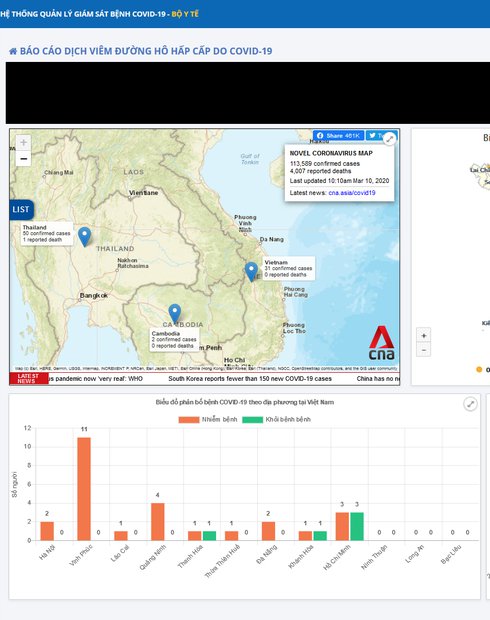 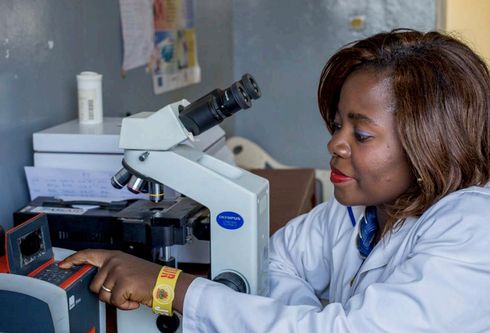