A Chinese vaccine manufacturer and PATH partnered to scale a lifesaving vaccine, protecting millions of children across Asia from deadly Japanese encephalitis.

A doctor at Chaoyang Maternal and Child Health Care Centre in Beijing, China, immunizes a young girl with CD-JEV while her father comforts her. Photo: Bill & Melinda Gates Foundation

In 2003, PATH began work to expand access to a vaccine that protects against Japanese encephalitis (JE), a disease that primarily affects poor rural areas across Southeast Asia and the Western Pacific. Since there is no treatment for JE, prevention through vaccination is the most effective way to control the disease. When PATH began tackling JE, the vaccines on the market were too expensive for use in many low-income countries, they posed safety concerns, and required multiple doses, which meant most high-risk populations went unprotected.

So, PATH began searching for a safe, effective, and affordable vaccine. A vaccine manufacturer in China, the Chengdu Institute of Biological Products (CDIBP), had a solution.

The result has been a fifteen-year, innovative partnership that led to China’s entry into the global vaccine market—in addition to more than 300 million children across Asia who are now protected against this deadly virus.

Caused by a virus transmitted by mosquitos, JE can lead to a serious brain infection with long-term and sometimes fatal consequences. As many as 30 percent of people who develop symptoms do not survive, and most deaths are among children. Survivors often suffer from permanent neurological disabilities, such as paralysis and the inability to speak.

PATH surveyed the vaccine market and identified that one JE-affected country, China, was using an effective JE vaccine that had safely protected 200 million children for nearly 20 years. The vaccine, known as CD-JEV, was manufactured by CDIBP.

Yet the vaccine was not widely used outside of China and could not be procured by global funding mechanisms because it was not prequalified by the World Health Organization (WHO). Serving as WHO’s stamp of approval, prequalification is an important step in scaling up an immunization program in low-resource countries. After a 2005 JE outbreak killed thousands of people in India and Nepal, PATH accelerated its focus to make CD-JEV accessible beyond China’s border.

When PATH approached CDIBP about making its vaccine available to endemic regions across Asia—and saving millions of lives—former director of PATH’s JE project Julie Jacobson recalled that there was no conversation about profits or cost-benefit analyses. “When it became evident that this vaccine could change the world, [CDIBP] said, ‘What do we need to do?’” CDIBP wanted to help because it was the right thing to do, but it also made good business sense.

To increase availability and quality of CD-JEV, PATH began working with CDIBP and other partners to bring the vaccine to millions of people in need. CDIBP understood what it takes to make a safe, effective JE vaccine because they were already manufacturing it for the domestic Chinese market. What was needed was to build the evidence base for CD-JEV’s wider use. PATH partnered with CDIBP and JE-endemic countries to generate the data needed for country-by-country licensure and eventually for WHO’s prequalification.

The CD-JEV Japanese encephalitis vaccine is manufactured by the Chengdu Institute of Biological Products in China.

Because the live attenuated CD-JEV vaccine had not been widely used outside of China, international- and country‑level public health officials called for specific clinical studies. PATH collaborated with CDIBP, WHO, and ministries of health to conduct pivotal clinical trials and add to a growing collection of data on the vaccine. The rigorous clinical studies in settings outside of China laid the groundwork for introducing the vaccine in large‑scale immunization programs and were critical to catalyzing uptake in other countries.

This work continued with the construction of a new manufacturing facility that tripled the capacity of doses CDIBP could produce and was built to be compliant with Good Manufacturing Practices (GMP), a system for ensuring that vaccines are consistently produced and controlled according to international quality standards. In 2011, CDIBP began producing CD-JEV in its new facility, which underwent comprehensive inspections to ensure the vaccine and the manufacturing site met WHO’s international standards of quality, safety, and efficacy.

While PATH and CDIBP were working to increase the JE vaccine’s availability through WHO prequalification, the two organizations were also addressing another key bottleneck in accessing the vaccine: affordability.

Regulatory approval by international agencies such as WHO was only one part of improving vaccine access. If the vaccine was available for procurement but remained unaffordable, many countries would be left behind. To address this concern, CDIBP agreed upon a maximum public-sector price for the vaccine. This pricing mechanism, which is in place until 2033 for countries with less than US$1,000 gross national income per capita, allows vaccine introduction in countries with limited public health resources while still allowing CDIBP to earn a profit. This sustainable pricing model aligned public health outcomes with a positive business impact. Through this agreement, PATH and CDIBP opened new markets for the vaccine, increased access to the vaccine for many countries, and ensured a sustainable supply for the foreseeable future.

For the first time, a vaccine for JE became widely available in JE-endemic countries thanks to efforts to ensure its quality and affordability. Because of the partnership between CDIBP, PATH, and others, China came to center stage in the effort to immunize millions and millions more children in the future. 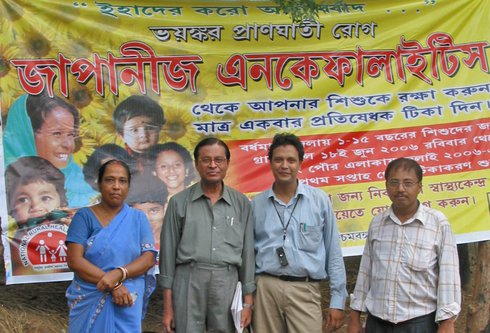 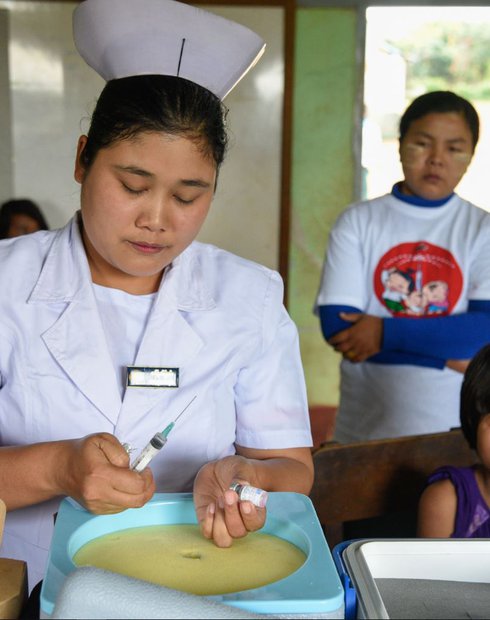 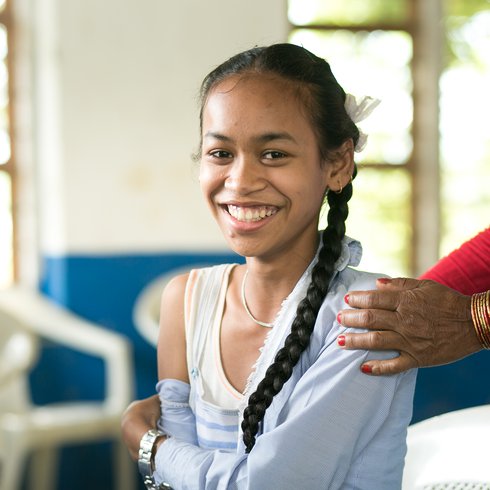