Goodbye paper: How Tanzania is leapfrogging the digital divide

Tanzania is an early adopter of digital tools and technology. Here's how that’s strengthened its national health system and established Tanzania as a leader in the global digital health revolution.

Aziza Ahmed Seif, a health care provider in Tanga, Tanzania, sees as many as two dozen children every day. It used to be that the steady march of patients would overwhelm Aziza’s small rural clinic. That’s because she would spend up to ten hours every month hunting for data, manually cross-referencing immunization registers, and reconciling patient records—precious time that she could have otherwise spent caring for patients.

Thankfully, that’s changing. A wave of powerful digital innovations and strong government leadership have unleashed a digital health revolution in Tanzania, laying the groundwork for other countries to build upon.

Today, Aziza nimbly swipes between tablet screens while entering her patients’ data into the Tanzania Immunization Registry (TImR), an electronic immunization registry (EIR), which was introduced through a partnership between PATH and the Government of Tanzania. Her clinic is among the first to fully transition to the digital system. With just a few taps on the screen, she can verify vaccine stock or pull up caregiver contact information if a child misses a crucial vaccination appointment. Through the easy-to-use TImR interface, Aziza has reduced the amount of time spent registering and vaccinating each child by more than 40 percent while also eliminating outmoded paper records.

In the near future, as Tanzania ramps up its digital health system, Aziza—and other health care providers—will be able to manage additional health issues with the same efficiency as TImR.

A wave of digital innovations and strong government leadership unleashed a digital health revolution in Tanzania.

Tanzania’s digital transformation began more than two decades ago when an electronic health management information system known as DHIS2 was rolled out nationwide between 1994 and 1997. Since then, Tanzania has launched multiple digital innovations to strengthen its national health system, including PlanRep, a local government planning and reporting software, and TImR.

Fast forward to today, with Tanzania leading the way in the digital health revolution by harnessing digital tools and technology in a holistic manner to strengthen its entire national health system. One of the most promising efforts is the Tanzania Data Use Partnership, part of a multicountry approach to help governments use data more effectively to improve health outcomes. Rather than propping up a short-lived pilot project, the Data Use Partnership demonstrates Tanzania’s commitment to building for scale, sustainability, and health impact by developing an integrated digital strategy that considers the country’s health system, all of its parts, and how they work together.

An end-to-end, interoperable digital health system along with its rich datasets, enable the government to allocate resources for the most health impact, factoring in information like an accurate picture of the population, real-time data on emergent disease cases to prevent epidemics, and measuring and improving skills and training for frontline health workers.

The positive disruption of the digital health revolution extends beyond individual clinics and health providers. Innovation in the fields of predictive analytics, machine learning, digital mapping, and the use of EIR data in combination with mobile network operators (MNO) can improve health service delivery.

Integrating these and other datasets acts like a crystal ball for health experts and decision-makers.

Along with data from TImR and digitally enhanced primary health care, leaders will gain answers to questions about health access and coverage, and the risk of disease outbreaks, while forecasting future investments in health.

What does this mean for health care providers like Aziza?

For starters, digital tools and systems can free up more time for clients and the opportunity to improve health outcomes in her immediate community. It means that in between immunization visits, Aziza can sit with mothers, reviewing their child’s growth chart to determine if their babies are healthy and on track, or when they’re due for their next checkup. It means patient care is no longer a guessing game.

It also means that Aziza is reinforcing Tanzania’s role not only as an early adopter of promising digital tools and technology, but as a global leader in the digital health revolution. 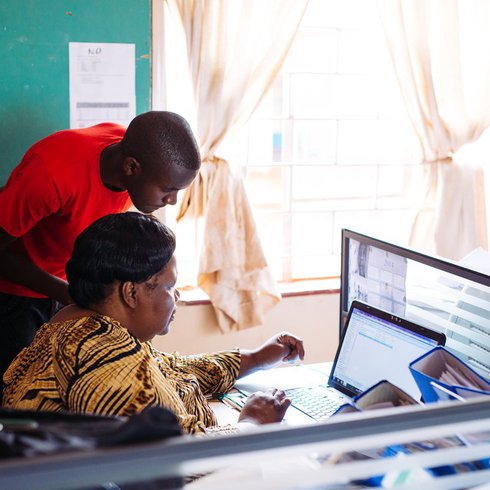 Unlocking power and promise of digital health for Africa 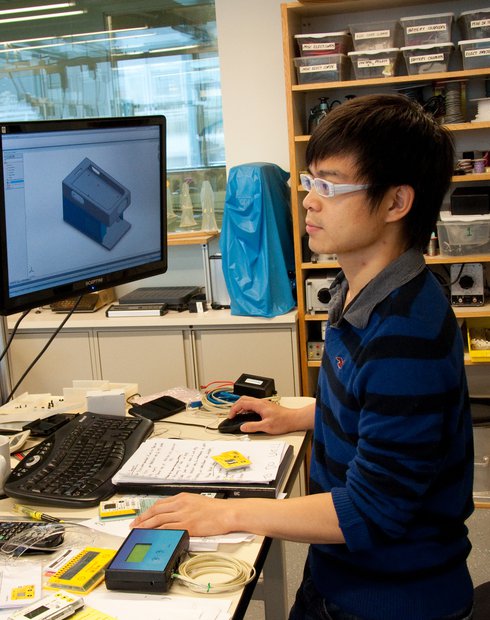 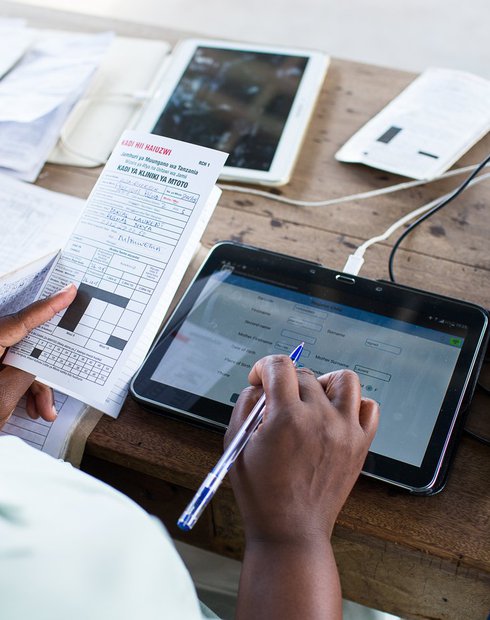