How PATH addresses long-standing health challenges like HIV by centering the whole individual and whole society.

When HIV emerged in the 1980s, health systems struggled under the pressure of the new and rapidly spreading virus. The global response to HIV inspired a generation of public health professionals who have gone on to make incredible progress against HIV/AIDS, tuberculosis (TB), malaria, and other diseases.

But, as COVID-19 has painfully reminded us, the gains of past decades can be easily disrupted. To promote more resilient and equitable health services, we must rethink how we approach public health.

HIV programs have made enormous strides over the past four decades. Today, 67 percent of estimated people living with HIV are now on treatment. New HIV infections have been reduced by 23 percent in the past decade alone. And people now have many options for seeking and accessing HIV prevention, testing, and treatment services.

Programs, such as the US President’s Emergency Plan for AIDS Relief’s Determined, Resilient, Empowered, AIDS-free, Mentored, and Safe initiative and Key Populations Investment Fund, have promoted HIV prevention among populations who are at greatest risk of HIV infection—such as adolescent girls; gay, bisexual, and other men who have sex with men; and transgender people. But there is still more work to be done to safeguard equity in HIV services and prevention.

“We’ve witnessed extraordinary advancements in the science and development of HIV technologies and service innovations over the last 40 years,” says Davina Canagasabey, a technical advisor with PATH’s HIV and TB team. “But COVID-19 is highlighting persistent disparities in HIV care—particularly policy and social structures that keep people from accessing prevention and treatment services.”

One way to achieve this is by investing in primary health care and integrating multiple health services within a single access point.

Regardless of the country or community, the goal is the same: use every opportunity to provide a holistic package of health services to everyone.

A person’s health never stops being important—even after they’ve completed treatment for a particular issue. That’s why PATH looks beyond clinics and hospitals to support differentiated and decentralized services that expand access and keep whole societies engaged in their health.

Building a truly whole-of-society approach requires the voices and perspectives of those most impacted by HIV—not only people living with HIV, but those most at risk, health care workers coordinating HIV services, and communities who must address the impact HIV can have.

Davina says that, “Scaling models that integrate delivery of HIV with other essential health services while engaging all health system actors—from health clinics, peers, communities, private-sector providers, and individuals themselves (through self-care)—is foundational to a sustainable and resilient HIV response.”

“Engaging all health system actors…is foundational to a sustainable and resilient HIV response.”

PATH works with countries to create new ways of connecting individuals with HIV (and other health) services. In Vietnam, for example, PATH built on preferences identified by key populations for accessing HIV pre-exposure prophylaxis (PrEP) services. Virtual PrEP, “PrEP on Wheels,” and PrEP at primary health care clinics are three of the six options for accessing this important service.

In Kenya, we transformed clinic-based safe spaces into home-based and virtual (WhatsApp-based) safe spaces to ensure that adolescent girls and young women were still able to access counseling and services during COVID-19. And responding to preference for private-sector services, we’re engaging pharmacies in the Democratic Republic of the Congo, India, Indonesia, Uganda, and Vietnam to increase access points for PrEP, HIV self-testing, and HIV treatment services.

The COVID-19 pandemic has intensified health inequities—and highlighted their intersectionality. We cannot end AIDS without addressing the inequities that perpetuate the spread of the virus. A whole-of-society approach requires public health officials and organizations to take a hard look at how services are provided and who can access them. Those answers are not easy, but we know it can be done.

PATH has worked to combat HIV since 1987. In the decades since, vast progress has been made, but there is still much more to do. If the world is going to end AIDS by 2030, then public health must look at the whole: the whole person, the whole health system, the whole society.

How can we best deliver HIV pre-exposure prophylaxis (PrEP)? 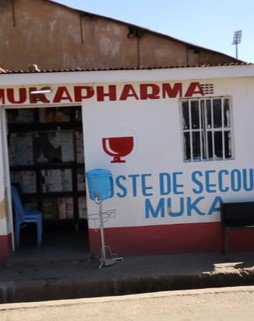 How to curb COVID-19's impact on HIV and TB