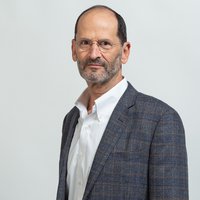 David C. Kaslow, MD, is PATH’s Chief Scientific Officer for Essential Medicines and Head of PATH’s Center for Vaccine Innovation and Access (CVIA). As Head of CVIA, Dr. Kaslow leads our work to accelerate the development and introduction of lifesaving vaccines for the women, children, and communities around the world who need them most.

Dr. Kaslow has more than 35 years of experience in vaccine research and development. He joined PATH in 2012 as Director of PATH’s Malaria Vaccine Initiative (MVI), leading the development of well-tolerated and effective vaccines against malaria. Prior to joining PATH, he was a Vice President of Vaccines and Infectious Disease at Merck Research Laboratories, while serving in key advisory positions with MVI and the Bill & Melinda Gates Foundation.

Prior to working at Merck and in biotech, Dr. Kaslow founded the Malaria Vaccine Development Unit at the US National Institutes of Health (NIH). While working at NIH, Dr. Kaslow completed the molecular cloning and characterization of several proteins involved in malaria parasite sexual development. He also has directed product development, including field studies, of several malaria vaccine candidates. Outside the malaria field, Dr. Kaslow has contributed to the vaccine application of tools originally developed for gene therapy. He holds or co-holds more than a dozen patents and has published more than 240 scientific articles.

Dr. Kaslow received his medical degree from the University of California, San Francisco.